That was my point.

Here is another one

So according to the erudite and educated Ms Rudd (or maybe to a BBC sub-editor) it’s now going to be an offence to prevent the sale of sulphuric acid to under 18s.

Yes, but was it for killing people or for food?

Earliest records appears to be the Chines Fire lance which was a kind a flame thrower, that used black powder, to which shrapnel was added to make a more effective killing device. I would hazard that such a device was used in warfare not in hunting for animals (which is still killing anyway). Every single innovation or development since then has been driven by arms race for the purpose of killing.

So in my opinion it is not correct that the purpose of the gun is to move a piece of metal from A to B at high speed. The purpose of a gun is to kill something and all innovation or so called improvement was to make it better at killing people. The use of guns in hunting was purely coincidental.

So I stand by my point.
Top

So I stand by my point.

Good for you, have an extra point.
Resistance isn't futile it's V / I.
Top

So to continue the pointless discussion, given that Sulphuric acid was certainly not "developed" for the purpose of throwing in peoples faces the ban of it that’s been proposed is illogical?

Using your argument then, all things that were designed for killing (people or not it seems from what you say) should be banned?
Resistance isn't futile it's V / I.
Top

No That would be ridiculous. Though it was you that started the debate with your absurd comparison of guns and cars. an argument that was basically laughable and simply had to be shown for what it was.

IDM wrote: ↑
Tue Oct 03, 2017 3:18 pm
No That would be ridiculous. Though it was you that started the debate with your absurd comparison of guns and cars. an argument that was basically laughable and simply had to be shown for what it was.

Well, as a research scientist I would have hoped you had a better grasp of logic.

1. Ed made a sequence of arguments that were meant to show that people were not to be trusted with guns.

2. I responded that the same list of arguments could be applied to other more benign things, and because of the use in recent attacks, I chose cars as an example. The idea was to show that a simplistic position was likely to have potential side effects.

3. You then popped up saying that there was something intrinsically different with guns that seemed to somehow suggest that Ed's simplistic argument was valid with guns but not cars.

4. I then tried to say that the two arguments were distinct, and to conflate them was false.

5. You then tried to expand your original unconnected point to include general killing when it was clear that the original point was about killing people, but you chose to expand it to any form of life (it seems).

How about I say:

"I work as a gamekeeper and will find a ban on guns an absolute pain in the arse as I have to apply for some form of exemption license"
Resistance isn't futile it's V / I.
Top

I think it may be you that has the poor grasp of logic, though I suppose it doesn't surprise me as it the same poor grasp that is leading to the death of this site through your inability to understand how things actually work.

I think I am done here now.
Top

Guns don't kill people, people kill people. If people do not have access to guns, they will find some other way to kill people. For example a car driven into people will kill people.
For example punching someone in the face has the potential to kill someone.

And unless you are under 18, you could still go and buy acid if you need it.

America will never relinquish the right to bear arms, and will vehemently oppose any limits imposed on gun ownership. Look at sandy hook. Even the most outrageous act of violence only served to galvanise opinion on both sides with the nra advocating armed guards at the school gates, and saying people needed to be more willing to bear arms to protect there children. The other side of the argument wanted blanket restrictions on assault weaponry, magazine size and ammunition sales.
All squashed in Congress.

Even the murder of children did nothing to change the stance of policy.

People put an inanimate object to their use, irrespective of what it is designed for.

There is no right to ownership of assault weaponry in their constitution, there is a right to bear arms, the level of weaponry that is allowable was never specified, hence technically, a citizen could own a tank or a missile launcher unless they were told no by the government of the time.
There is no need whatsoever for high powered mititary grade weaponry to be in civilian hands. But the government decides what level of weaponry is acceptable.
I think the nra are quite frankly insane to avocate civilian ownership if these kind of weapons. Obama tried to limit this and failed. The idiot in the white house now will not even try.

Because people are the triggers
Hey, wait, I got a new complaint
Forever in debt to your priceless advice

"He was a sick, demented man", says Donald Trump

One of yesterday’s victims was asked if he thought gun control should be introduced. He replied that the attack simply made him wish he’d had his own gun with him. Exactly what he’d do with it against a loony armed with an arsenal of automatic weapons on the 32nd floor several hundred yards away he failed to say. Americans are not like us.
Top 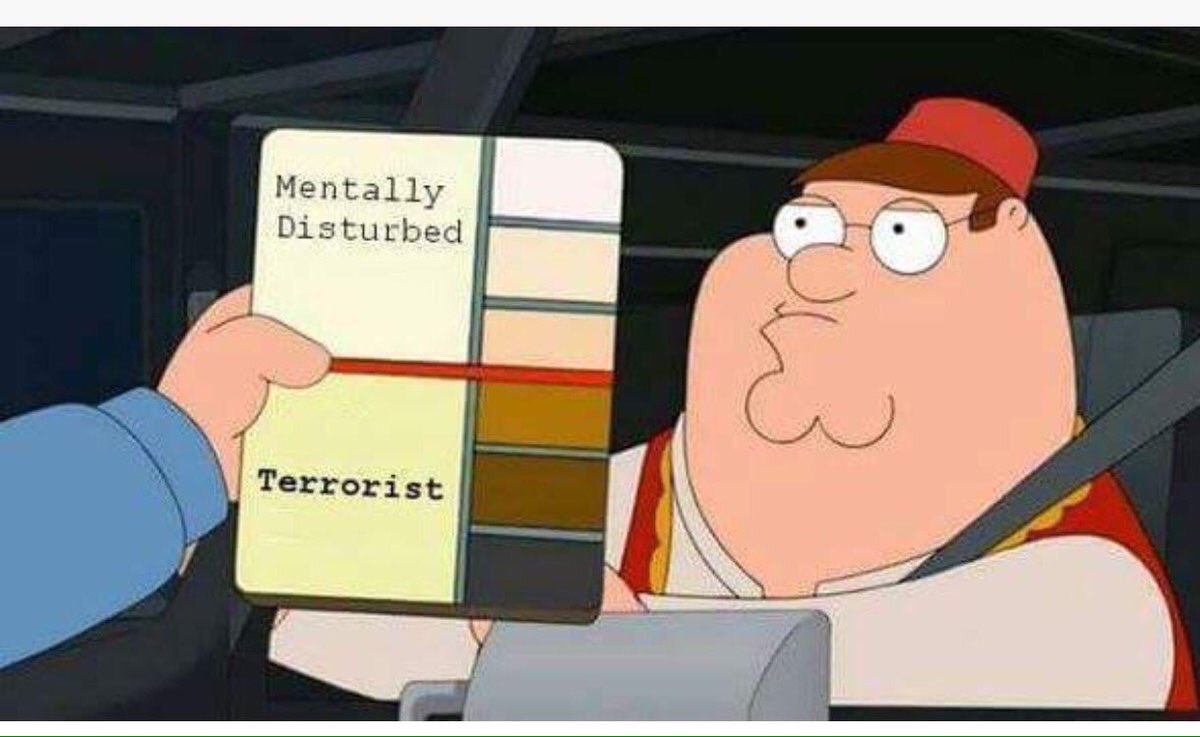 This has done the rounds before I know. He makes some interesting points.
Top

This has done the rounds before I know. He makes some interesting points.

imo it doesn't matter how many times it's done the rounds, it'll never reach too many times.

in part one he touched on:

why do we have guns?
to protect ourselves and our families!!

what he didn't elaborate on in part one was:

who do we protect ourselves from?
why from the guy who comes through the door with a gun!

not rocket science is it!!

he may have covered that bit in part two....
btw...I think he learned his trade from Billy Connolly
There's nowhere you can be that isn't where you're meant to be
Top
Post Reply
29 posts