a poser for Scott, maybe

I have some notes from the middle of last year and I couldn't get this driver any lower than 120hz in a reflex box, and closed it came out at less than 20 ltrs, not big enough for a baffle to fit.
There's nowhere you can be that isn't where you're meant to be
Top

Pro drivers often have very low Qts so they'll be efficient in small boxes, at the expense of LF extension (which is what we roll the 2x18" subs out for). ML-TLs provide quite a lot of help at the bottom end, at the expense of a relatively large cabinet.

Happy to run some sims for you - just need to know what sort of cabinet you're looking at.

I have some notes from the middle of last year and I couldn't get this driver any lower than 120hz in a reflex box, and closed it came out at less than 20 ltrs, not big enough for a baffle to fit.

Well Ed, all I can say is that these 52L MLTL speakers certainly do not lack bass or bass extension as Chris will no doubt testify to later today. Chris came over this morning for a first listen to the finished speakers and went home with a really big cheesy ear to ear grin.

I know that Scott uses his own tailored simulation program with his own cabinet alignments that always produce different results to any the online simulation programs that I have tried to use. I'm sure Scott will pick on this and respond later. However I'll leave him a voicemail.
Top

Toppsy wrote: ↑
Mon May 21, 2018 1:13 pm
Well Ed, all I can say is that these 52L MLTL speakers certainly do not lack bass or bass extension as Chris will no doubt testify to later today. Chris came over this morning for a first listen to the finished speakers and went home with a really big cheesy ear to ear grin

My facial muscles are still aching

Depends what you're after Ed (at the risk of an annoying hedge-betting answer.

). I went with the quarter-wave for Chris & Colin to extend the bass response; the Monacor has a modest Q & a highish resonant frequency so it 'needs' a bit more help from the box than some if you want solid output down to < 40Hz. If a higher tuning is acceptable, it should do a decent enough job in something smaller though, especially if they're used in a small[ish] space. Hopefully some of this might be of use / interest.

-A Keele max-flat vented is 22.5 litres with a 75Hz box tuning (Fb). Basically ruler-flat, anechoic, down to that point. This isn't an alignment I'd normally use due to room-gain, but given the relatively high tuning, it would add a little subjective weight & isn't too narrowly tuned, so should avoid the 'on-off' issues a narrowly tuned vented box can have. Problem is fitting the driver as you say. Could be done (just) but not very easily.

-Another option: 33-35 litres tuned to 58Hz. Gives a slight extended bass shelf (EBS) alignment & should be good if the boxes are near walls; nice & smooth & would be usable to the high 40Hz regions. I quite like this one. A very quick sim attached, for interest. This assumes 0.5 ohms of series resistance by the way, to account for the speaker wire & a series coil or coils on the bass cone. Either way, there's some flexibility & under 'practical' in-room conditions, it'll get lower than the bald anechoic figures. If there was space, the MLTL I did is a nice one & has usable output to the high 30Hz regions without excess ringing (it's got good vent / alignment damping).

The WD25 variations -probably not with the Monacor. They're basically leaky sealed boxes; the main object of these cabinets is to lower the box Q & allow you to use a smaller cabinet for a given sealed alignment than would otherwise be the case. Good for high Vas drivers with a low - middling Fs and a middling Q like the Seas A26 used in the WD speakers, which normally 'need' a big box. Since the Monacor has that higher Fs & lower Q, it doesn't need a very large sealed box to begin with, so there's no practical advantage.

Last edited by Scottmoose on Mon May 21, 2018 2:09 pm, edited 2 times in total.
'"That'll do," comes the cry of the perfectionist down the ages.' (James May The Reassembler)
Website www.wodendesign.com
Community sites www.frugal-horn.com & www.frugal-phile.com
Top

Good.
'"That'll do," comes the cry of the perfectionist down the ages.' (James May The Reassembler)
Website www.wodendesign.com
Community sites www.frugal-horn.com & www.frugal-phile.com
Top

It's fair to say that they're better than I could have hoped for.
I am one very happy bunny

thanks for that Scott

as you probably realised the question I was asking was verging on what modelling s/w for aperiodic alignments...without going the variomatic route... I was just curious as I have tinkered with the idea of 10" before. Some of the things I've looked at involved AN10s with some of these monacor tweeters I have....

but it was only curiosity, I don't suppose I'll ever cut any wood.
There's nowhere you can be that isn't where you're meant to be
Top

Most decent box modelling s/w can do aperiodic, or at least get as near-as-makes-no difference. Best way of doing it for a basic aperiodic is to model as a vented box in something like WinISD, reduce the vent size down to a very small area & whatever notional tuning frequency with that that gives you a duct length the same thickness as the build material. Then increase port losses (usually down as Qp in the software) by altering the value to 1 or 2. That will roughly simulate the effect of both the frictional losses and that of the damping material either in, or placed 'over' the duct. Adjust the nominal ducting & damping quantity from there. It's usually a good idea to have the same driver simulated in a sealed box of the chosen size before hand so you have something to refer to / compare it with.
'"That'll do," comes the cry of the perfectionist down the ages.' (James May The Reassembler)
Website www.wodendesign.com
Community sites www.frugal-horn.com & www.frugal-phile.com
Top

You can also use Hornresp. Simulate as an offset-driver enclosure and you can choose where the stuffing goes. Rather neat.

Right. It's useful that some of the simpler software out there can do it too though; they're often a little more capable than people realise.

Attached is a very quick & dirty overlay comparison in WinISD assuming the Seas A26 used in the WD25 series. Yellow is a Butterworth (Qtc = 0.707) aligned sealed box. Not an alignment I like, but it's a good comparison. Volume, with appropriate damping, is 71.7 litres. The blue line is the aperiodic (not really, but we're never going to get the name changed) version tracking the same tuning. Volume with the same internal damping is 60 litres. You can see it drops off a little more quickly; aperiodic boxes notionally roll of at ~18dB/octave compared to the 12dB/octave of sealed. Depending on the design; it can take a while to make that transition, and if you go low enough in frequency & level, it will ultimately unload at 24db/octave. You'll be well into single figure frequencies in most cases before that happens though, so in most cases a non-issuse & more 'for interest'.

'"That'll do," comes the cry of the perfectionist down the ages.' (James May The Reassembler)
Website www.wodendesign.com
Community sites www.frugal-horn.com & www.frugal-phile.com
Top

There I was last Sunday morning, playing full albums, and succeeding in managing to rehabilitate certain tracks played repeatedly the previous day, at the YHC self help group. Then I received the phone call from Colin.
You can come and pick up the speakers.

Now during the course of the previous day I had grown to appreciate the physicality of the low end grunt that you can only really get from a larger drive unit.
And while the Alpair 7s in my FH3 speakers give a reasonable impression of doing bass, it doesn't have any real heft to it.
I was missing that weight of the previous day, so when the call came I went, lifted and loaded, and returned home post haste.

You may have noticed a rash of posts I've made in the "what are you listening to right this minute?" thread - that's as a direct consequence of getting the Coaxial MLTLs connected up and running.
I have enjoyed every minute of every track of every album I've played so far - it has been a revelation, hearing and feeling low end response when it's there in the recording, and it's coupled with great rhythmical speed, and a coherence and lucidity I've never heard in my room before.
There's a certain special something that coaxial drivers and a good crossover do, and I'm more than pleased with what I hear.

I've renewed my acquaintance with another couple of old friends whilst gathering my thoughts too.
To say that I'm a Happy Bunny doesn't begin to get close to describing the delight I'm experiencing with what I'm hearing with every album I play.
These are keepers.

Chris,
No need for thanks mate I enjoyed making these and glad they have worked out so well in your room. These coax drivers are really something special as testament to how good they perform in the 3-way OB speakers and Scott did a brilliant job with the XO to get the best from the driver. You do realise that now I am going to have to make another pair for myself, don't you

Both Scott and I are so taken by these speakers we have decided to add them to our catalogue of Reiver Acoustic speakers.

Don't forget to leave some room in the boot of your car to take these to Owston meet.

My appreciation for these speakers has grown with familiarity.
Right now I'm playing Adrian Belew's album "e", and I have heard subtleties that have hitherto escaped me - the attack of a pick on a string, where it sits in a mix, the intensity with which it was played...
Basically, the drama and detail in the music is not hindered in any way, and I love what I'm hearing. 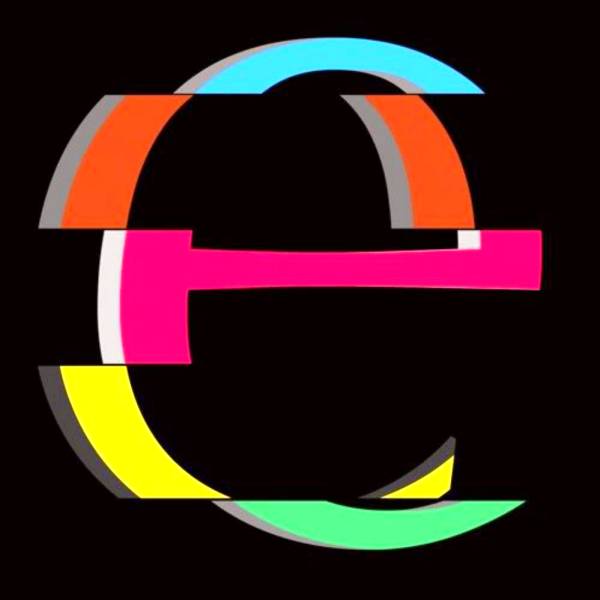